Read the Parts I, II, III and IV of this off the beaten path escape travel story here, here,  here and here.

At the end of our escape travel, we finally reached Costa Rica’s Caribbean coast. We’ve heard that this part of Costa Rica is not that safe. Everybody we met recommended us to be cautious. Forget about walking around in your wallet in the back pocket or leaving any valuable things in your car! Well, a smart person does not do that anywhere, right?

We had to cross the port city Liberia on our way. Locals and Internet reviews say that you should drive through Liberia. Preferably you should do it as fast as possible. We did not have a chance to check how serious these precautions were. Yet, I believe that any healthy thinking person will do well in most of the situations during any travel. Unless you defy your destiny or insult the local traditions you should be fine. My general advice would be that you should learn at least the basics about the places you intend to go. This will increase your chances that your escape travel will be pleasant.

Our destination was Puerto Viejo de Talamanca. Most people there are emigrants from Jamaica. Salsa and cumbia music typical for Pacific Coast is not that popular here. We hear more reggae and reggaetón rhythms instead.

The first humankind we see in Puerto Viejo is a white man with long dreads. It looked that he had spent here a century. His foggy eyes and pace said that he is now everywhere but here and now. We met him again two days later. Yet, there were no shreds of evidence that his perception of the World around him has become soberer.

To be honest Puerto Viejo is a place where nobody cares that ganja is illegal in Costa Rica. There is no police. Weed dealers are plenty on the streets and their business there is pretty open.

Each night the nightlife starts to say a little shy in Puerto Viejo. It might be because people have not yet fully recovered from the previous night. Yet, in a couple of hours, the local bars wallows in dense marihuana smoke. They affect every alive being around even if it does not smoke it itself.

And now here comes the conclusion. It is not as it looks. Despite the doubtful description, the atmosphere in the village is very positive. All the people are benevolent. Nobody threatens anybody and it is totally safe walking around even in the mid-night. It is kind of Bob Marley’s dreamland. The concept “one-love” really works here.

The weather on the Caribbean coast did not pamper us. It was cloudy with some showers. Hence we took the chance to extend our escape travel to Bocas Del Toro archipelago in nearby Panama.

By choosing the “right road” there are only 30 kilometers (19 miles) to get to the border town called Sixaola. You can get there by bus, a taxi or as in our case by car. It is also possible to leave the car in the parking lot for a reasonable fee on the border.

The border itself is worth mentioning. You have to get your passport stamped and formalities done on both sides. You cross an old railway bridge by foot. If you are not cautioned enough it is possible to “lose” at least one leg in any of many holes on the bridge. Locals cross the bridge, carrying along different stuff. Unlike on the border with Nicaragua there are no money exchange dealers here. 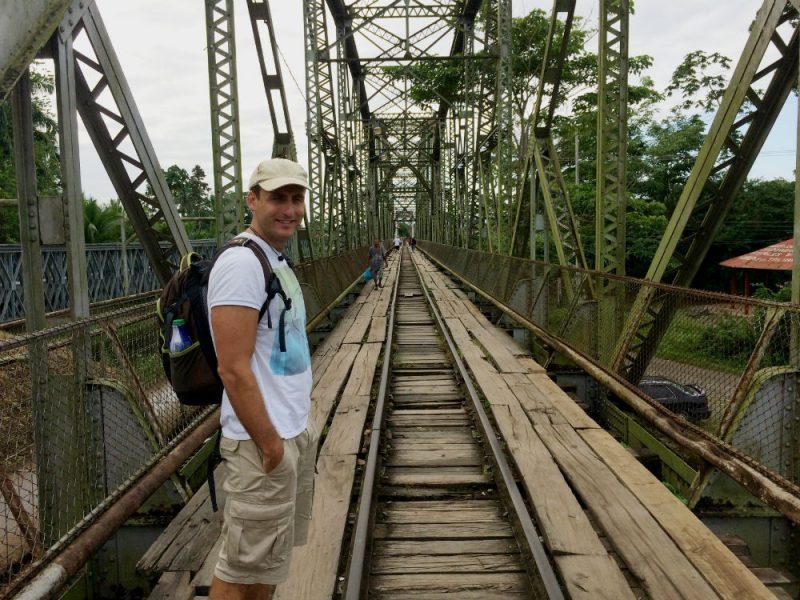 In Panama’s side, we shared a collective taxi with an Italian couple. It took us to Almirante City (50 km/31 miles to go). From there you have taken a 1 hour trip with a motor boat to Isla Colón. This island is the biggest island of Bocas del Toro archipelago. It was again another reality in our escape travel.

The first thing that we saw was a ship with Latvian name. Next day we saw another ship weirdly bearing Latvian name in this distant corner of the Globe. “Latvia shipping” company has one of the largest merchant fleets in the World. Yet, Panama is a tax paradise. Thus, it attracts companies to register their ships under their flag.

You may say, “It is all fine! Yet, what is the point of all this hustle with border crossing and getting to these islands! What is so special in there?”

Well, first it was the best diving spot during our escape travel. The sky was still clouded, but even then the dive site I visited was fantastic. Bocas del Toro has several great diving sites. You get shallow dives here with impressive soft coral gardens to enjoy.

While the dive site was perfect, my dive guide and equipment was far from that. I did not take a lot of stuff with me to Panama in my 30 liters backpack. Thus, I rented everything from the dive shop. The wetsuit was badly worn. It looked like it had hardly survived several shark attacks. So, it barely hung on me. The wetsuit did not insulate anything, thus not serving its main purpose at all.

The dive guide was to say not a top-notch one as well. He resembled the famous actor Jackie Chan so much. Thus it was not a problem to give him a nickname. “Jackie” originally came from Boston. Yet, his affinity to the famous actor was only at the surface. Our “Jackie” was not a comedian at all. It is hard to judge about his fighting skills though. Those I luckily did not check. For this guy diving was not a leisure attraction. No, it was a work, a scheduled task that has to be done by any means. Besides, there was no place for enthusiasm in his activities.

Diving should be all about relaxing and enjoying the dive. Instead, we were fulfilling “Jakie’s” mission, swimming against (!) strong current for an hour or so. I was almost without a breath when we finally ascended. “Jakie” was obviously not in a mood. He announced that we had to swim as fast as possible because we aimed to fulfill our dive plan. He accused me of being not fast enough, which is why we could not see the shipwreck (!). It was to say annoying and funny at the same time. I refrained from a comment that diving is not about rush somewhere but pure enjoyment. Despite tough workout, I still enjoyed the beautiful coral gardens very much. Besides, all divers know that not all dives are perfect. We have to take the most of them and think positively.

Meanwhile, Edgars had its first diving experience in his life. His wetsuit was as bad as mine, but his instructor and dive were great.

Bocas itself is a charming small town on Isla Colon. It has colorful Caribbean-style clapboard houses and noisy streets.

You can book a boat taxi here to move around other islands in the archipelago. Some islands will meet you with beautiful sandy beaches. In some, you will find nightclubs and restaurants on the water (like Aqua Lounge). Yet, before you jump into all these adventures, read some reviews and tips for travel in this area. From time to time it happens that tourists get ripped off. Be mindful and you’ll have a great experience.

By the time we visited Bocas Del Toro back in February 2014 it was not overcrowded. It just started to develop as an escape travel destination for ecotourism lovers. Some islands are inhabited there. They have great beaches for those looking for serenity. Yet, it is a very good idea to discuss and agree on the price with the boat taxi drivers before you go anywhere. It might happen that they take you to one of the distant islands for one price. While for getting back you have to pay much more.

Bocas Del Toro is an eco-tourism travel destination. It is a place where I would like to spend some more time. Lonely Planet says that it is a relaxed place with a friendly atmosphere that is contagious. It’s an easy place to get stuck into and an even easier one in which to linger.” I can only agree on this.

Sadly, our escape travel was about to end. Yet, we could not relax. On the way back to San José we decided to go for one more last adventure – white water rafting. It is pretty popular in Costa Rica. The mountain rapids give plenty of opportunities to enjoy this activity. Besides, depending on your skills there are different difficulty levels available.

We had tried white water rafting before in different countries. It had left us mostly with a bitter after-taste. Yet, Rio Pacuare did not disappoint us. January and February is a dry season in Costa Rica. In many rivers that we crossed during this trip, the water level was extremely low. This made us skeptical if the rafting is the good choice at that time. Yet, we were happy that we took a risk.

Whitewater rafting in Rio Pacuare was by far the best rafting that I had experienced. There was plenty of water in the river, and we got some adrenaline-boosting moments as well. 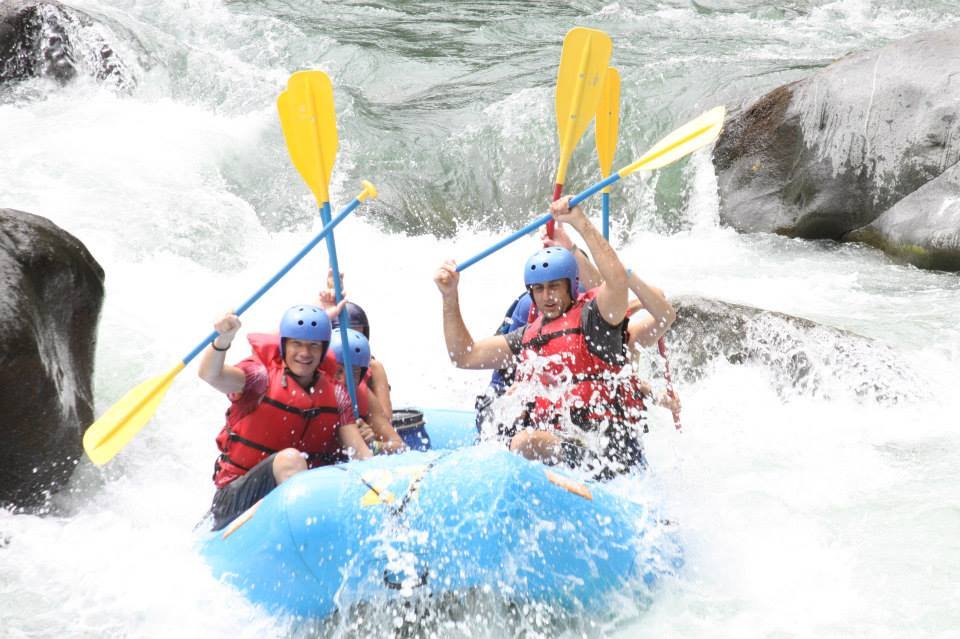 Rio Pacuare is one of the most popular places for white water rafting in Costa Rica. After this one day of rafting, it became clear why. The river flows through a stunning scenic valley. The prehistoric landscape and pristine nature are amazing.

The valley is covered with dense rainforest. There are only some camping sites and expensive hotels scattered in this otherwise endless green scenery.

The rafting adventure overcame our expectations. During the wet season from May till November Costa Rica’s rivers and valleys get flooded. Thus, rafting becomes even more interesting. Yet, our experience was exciting and relaxing at the same time.

It was time for boarding the flight to Atlanta. I had a feeling that our escape travel was longer than it actually was. I think we caught the spirit of Costa Rica. We did not feel strangers in this country anymore.

Maybe it is because we spent enough time here Costa Rica also resembled our home Latvia in a way. Yet, one minor last experience said a lot about the smart people of this beautiful country. We filled up our car for the last time, and an ordinary man working in gasoline station asked us seemingly standard question “Where are you from, guys?”. “Letonia” I answered in Spanish. We were truly surprised when the man replied: “Oh, yes I know it is next to Lithuania and Estonia”. Well, he could not be more precise. 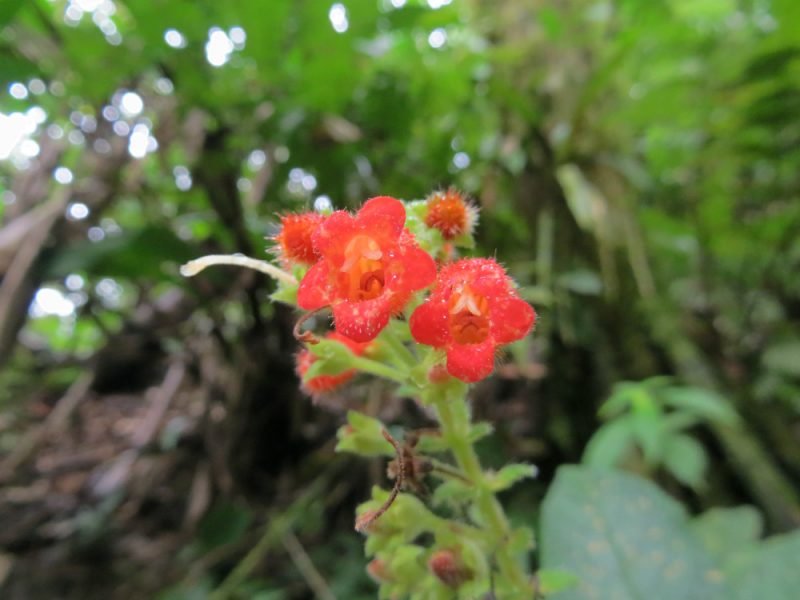 Kazbegi Georgia (Sakartvelo): Things For You To Know...

How I Discovered David Gareja: 8 Reasons Why...

Why You Should Travel To Sakartvelo Or Georgia...

Why You Should Go Off-The-Beaten-Path In Latvia: A...

Winter Kayaking In Latvia: An Ultimate Adventure In...

3 Best Things To Do In Tenerife Apart...

This site uses Akismet to reduce spam. Learn how your comment data is processed.

This website uses cookies to improve your experience. We'll assume you're ok with this, but you can opt-out if you wish. Accept Read More

error: Content is protected !!
wpDiscuz
0
0
Would love your thoughts, please comment.x
()
x
| Reply
Manage Cookie Consent
To provide the best experiences, we use technologies like cookies to store and/or access device information. Consenting to these technologies will allow us to process data such as browsing behavior or unique IDs on this site. Not consenting or withdrawing consent, may adversely affect certain features and functions.
Manage options Manage services Manage vendors Read more about these purposes
View preferences
{title} {title} {title}